When you think of garbage disposals, you probably think of lost jewelry or an obnoxious sucking sound vaguely drowned out by water. Despite these misgivings, garbage disposals make your life easier. Once you start using a garbage disposal, it is impossible to get used to not having one. That’s why it can be a real pain when it doesn’t seem to be working. Today let’s dive into four ways tips for successful garbage disposal maintenance.

1. Get The Drain Checked

The garbage disposal drain is meant to be a mostly clear passageway for any liquid grime and scraps to easily travel. Garbage disposal drains are not so different from any other drains, however, in that they also get clogged. To preemptively avoid a clogged drain, consistently check the inside of the disposal for any blockage. When checking for blockage, be absolutely certain that the power for the disposal is off to avoid serious injury. If you are concerned about any deeper blockages, reach out to a professional for assistance.

While garbage disposals ease the process of cleaning dishes, they are only capable of disposing of so many things. Be careful with what you send down that disposal by knowing what can go down it and what should be deposited for traditional trash or compost. 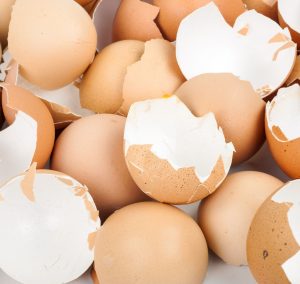 The grinder is the source behind that often dreaded sound produced by many a garbage disposal. It is also one of, if not the most important part of it. Before passing through the pipes, any pieces sent into the disposal are first met with blades that cut them into tiny bits. By periodically checking the grinder, you can avoid being caught by surprise by searching for signs of possible dullness or any small pieces that might be stuck between the blades. You will also want to make sure that your garbage disposal is turned off during this task.

Did you know that there is a simple way to keep your garbage disposal clean without having to take it all apart? Many garbage disposal cleaners consist of a liquid substance. This substance is poured down the drain with the disposal powered on so the cleaner can get into every part of it. If you would rather not spend money on buying cleaner, you can use vinegar and baking soda from your own kitchen to get the job done. This regular cleaning will prevent odors and other unpleasant build-ups inside your sink.

Do You Need Help With Your Garbage Disposal?

Hopefully, these tips will help you better maintain your garbage disposal and allow you to avoid any potential problems. Sometimes, those problems will happen due to factors beyond your control, such as power issues and general usage. When that happens, we at Appliance Repair Grand Prairie will be there to help repair your garbage disposal. Contact us today, and we will help with anything from maintenance and repairs to garbage disposal installation.